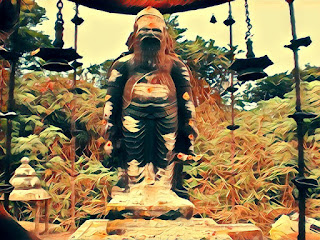 According to humans death is a event which is caused to a human according to his karma and it is determined by his actions performed up to his last breath.But according to sage agasthiar,  a human being by his good things shed his body like releasing from a prison by death and some good persons face death soon as their karma in this earth has been completed.

Thanks to sithan arul blog.