Benefits of offering bangles to ambigai 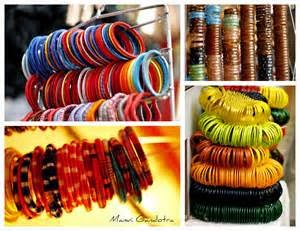 During tamil month of aadi, during pooram star offering bangles for worshipping ambigai is a good thing as it brings many good boons to the family.Bangles bring this good things as sounds made by bangles.In ancient times, thousdands of bangles are offered  for ambigai for worship.After pooja, bangles are given as prasadam  for married women which had brought manglya shakthi in every home.

During aadi pooram day offering bangles to sri valayambigai in sri valeeswarar temple situated in 3kms from kaveripakkam on the route of chennai-kaveripakkam vellore route is special as divorce is caused by mangalya dosha is avoided.These bangles can also be offered to women who are waiting for birth of a child.