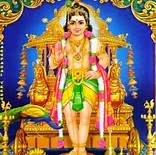 Rarely in temples like vaitheeswaran kovil, ancient herbal prasadam is given for devotees after pooja. In a  muruga temple in pudukottai district, herb for curing diabetes is given as prasadam.

Lord muruga in tapasu malai is very special as people pray here to get remedy from diabetes. Prasadam  mixed with ancient herb is given to devotees after pooja. People also pray for ulcer, fits problems. Women observe fasting on kanda sasti for removing marriage problems, for naga dosha and problems in birth of a child.New naga idols and ghee lamps are offered after fulfillment of wishes. People pray to lord sornagarchana bairavar here for removing financial problems by writing it in a paper and submitting it to lord bairavar. Ancient cave temple where rishis had prayed to lord muruga can found in the downside of the hill.