A mantra is a sound, syllable, word, or group of words that is considered capable of "creating transformation" -spiritual transformation . Their use and type varies according to the school and philosophy associated with the mantra. 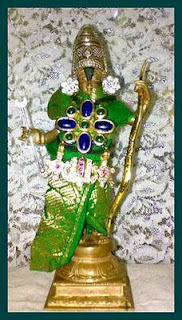 Mantras  originated in the Vedic tradition of India, later becoming an essential part of the Hindu tradition and a customary practice within Buddhism, Sikhism, and jainism. The use of mantras is now widespread throughout various spiritual movements which are based on, or off-shoots of, the practices in the earlier Eastern traditions and religions.
One of the mantras in Hinduism that comes for remedy is Rama nama.Intrested people can visit the links which are in Tamil language  for further reading.
http://www.ammandharsanam.com/magazine/July2010unicode/page026.php

For a practical explanation in a scientific view with anatomy of human body visit this link
http://kavithai07.blogspot.com/2010/04/blog-post_6164.html