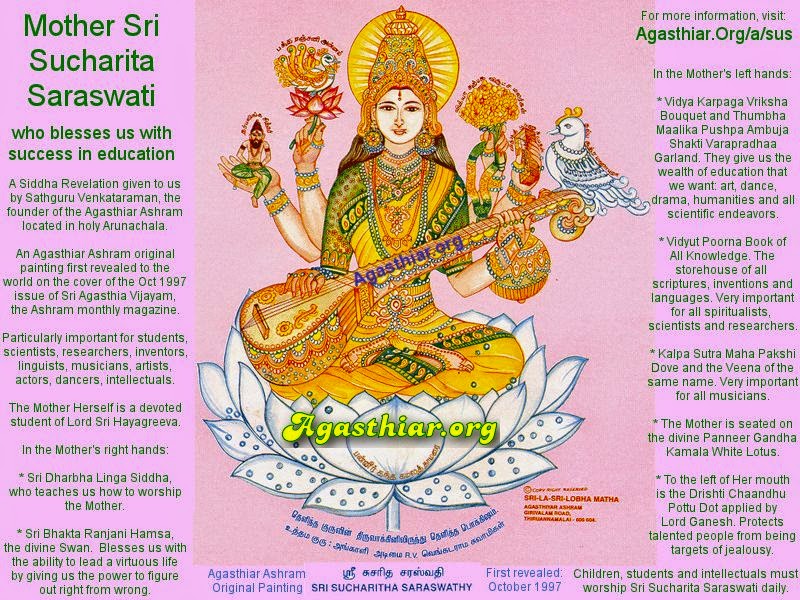 Today's world is computer world and children use it for playing computer games for a long time causing brain cell damage  with severe side effects as brain is heated due to this. For curing it siddhars had advised to worship sucharitha saraswathi,  sri anuradha kramana saraswathi, gnana saraswathi, thimmana pillayar, sri kabaleeswarar, sri anjaneyar with bell in his tail during wednesdays, navami tithi and jyesta star by applying santhanam prepared by children themselves. Siddhars had advised people who are working in computer field to worship anuradha saraswathi as she is one of the manifestation of the saraswathi for computers.